I arrive at Liverpool Street Station in London amid determined commuters and disorientated tourists. Something catches my eye as I head up the stairs past McDonald’s. I find myself in front of a modern statue in bright bronze of a collection of five children. They are standing still and looking around. They don’t seem lost. Their features remind me of Jewish friends I have worked with. 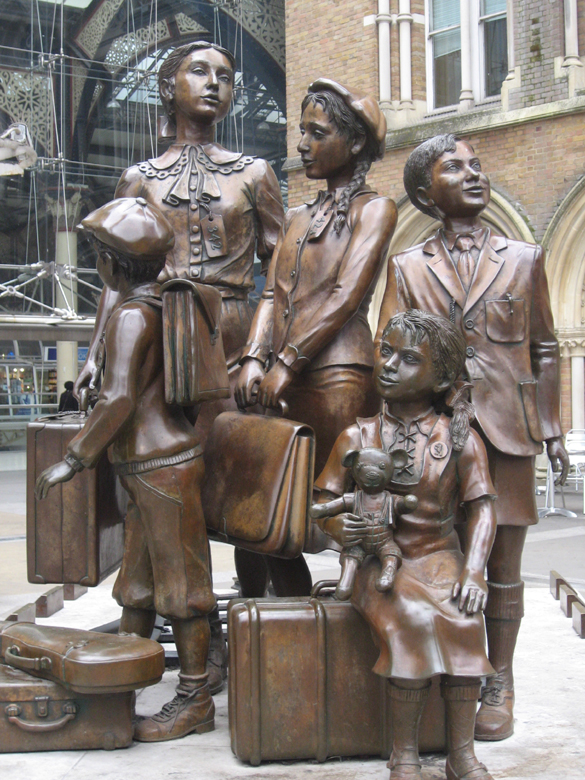 This is about the Kindertransport. In 1938 and 1939, ten thousand unaccompanied Jewish children were transported to Britain to escape persecution in their hometowns in Germany and Austria. These children arrived at Liverpool Street station to be taken in by British families and foster homes. Only a few were reunited with their families after World War II. 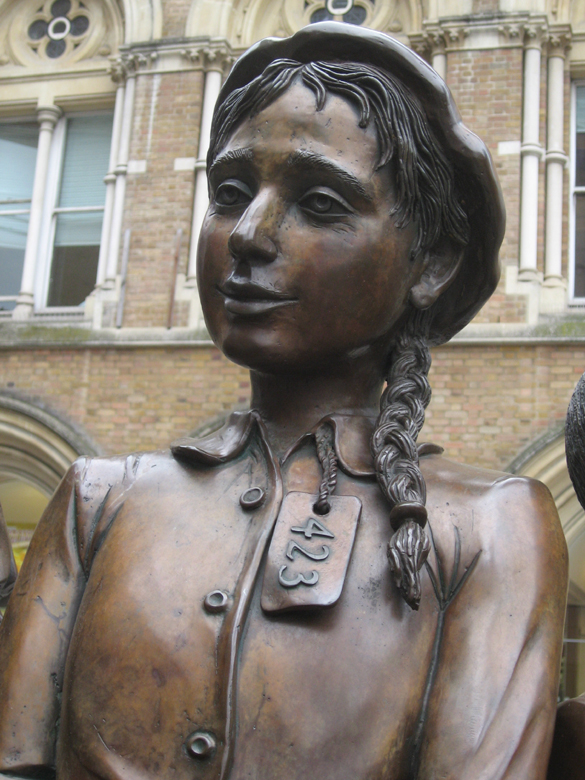 This 2006 commemorative statue is the work of Frank Meisler and Arie Oviada. It is beautiful, precise and poignant. The children are poised and proud. Their heads are held high. They are determined. They are looking to the future. They do not carry themselves as victims. Their faces radiate hope. A greater innocence is underscored by the youngest girl clutching a teddy bear. The young boy maybe brings musical talent with him; he has a violin case by his side. The tallest girl’s pubescence has been captured to perfection. 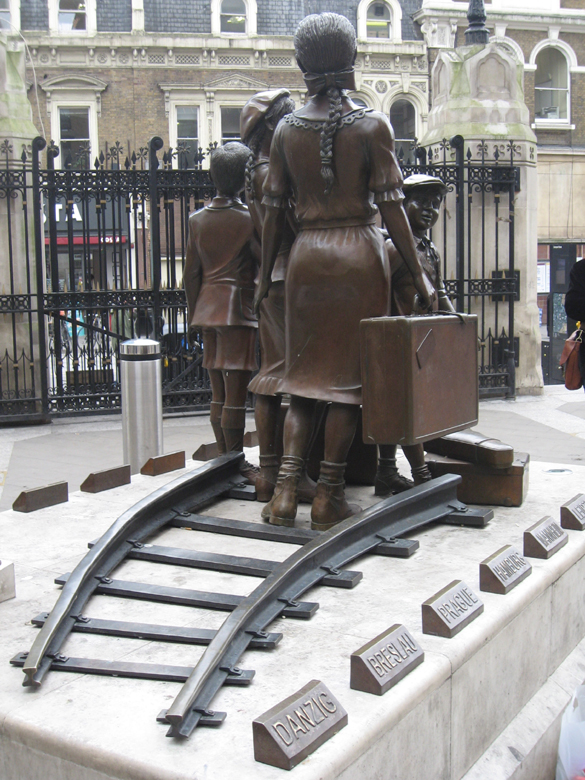 However, each child has a tag with a number. Behind the group is a short section of railway line. Both tags and rails serve as disconcerting reminders of what might have been had they not been brought to Britain. Numbers might have been tattooed on their arms and railways might have brought them to Auschwitz or Belsen rather than to Liverpool Street.

And if this was not testament enough to the human folly and cruelty of the 20th century, twenty metres away is the marbled roll of honour with the names of 900 (yes, 900!) employees of the Great Eastern Railway who lost their lives in the Great War of 1914 to 1918. I realise that, had they survived, they might have witnessed the Kindertransport. I feel tears in my eyes and head for the bustling sanctuary of the London Underground.

The Kindertransport commemorative statue was sponsored by the Association of Jewish Refugees and the Central British Fund for World Jewish Relief.