I wrote about Igor Mitoraj‘s “Sleeping Head” two weeks ago. Last Friday was an unexpectedly cold and rainy day here in Geneva and I took a walk back down rue de la Corraterie to see if the promise of more of Mitoraj’s beautiful stuff would be fulfilled by the exquisite Galerie Bel Air Fine Arts. This time, the lights were on….. 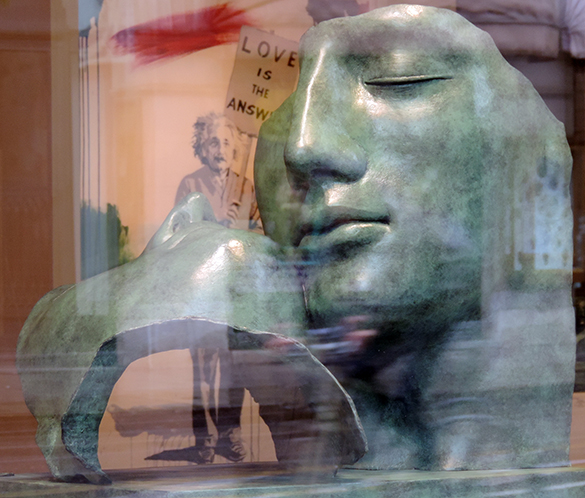 In the gallery window, I found another reason for sculptor’s global reputation: a magnificent two-faced bronze in his fractured classical bronze style. The two cheeks of this extraordinary piece rest in delicate, peaceful and affectionate contact. And…. Albert Einstein demonstrates in the background stating “LOVE IS THE ANSWER.” Can’t disagree! What a great little corner of Geneva this is! 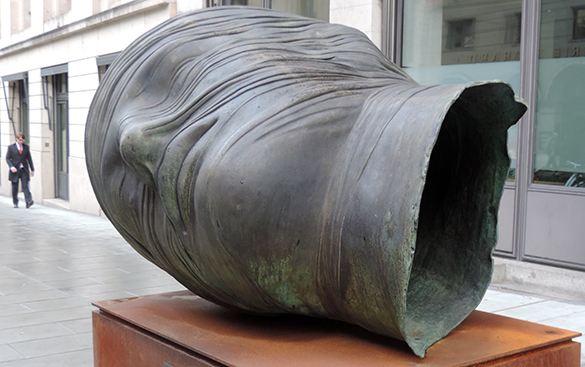 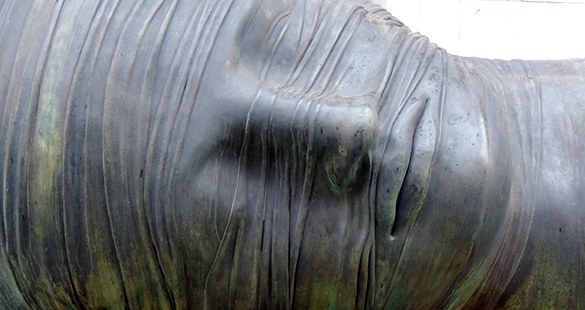 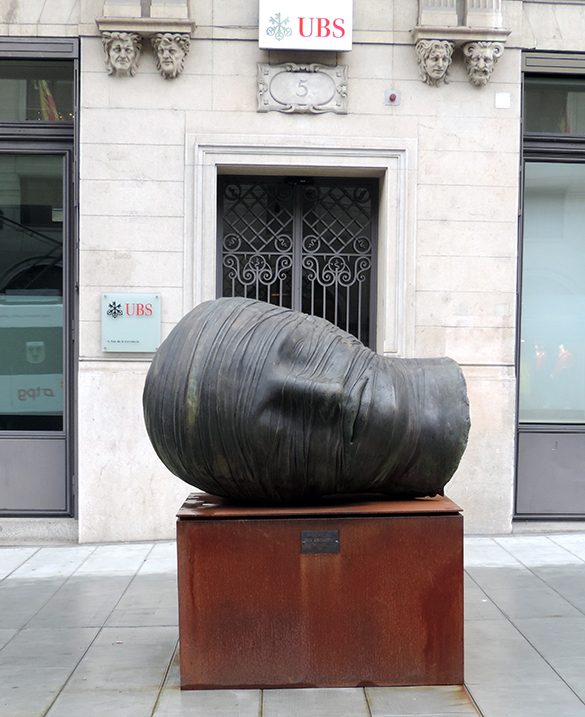