Neighbours moved away yesterday. They must have dropped a picture and left it on the street. Familiar faces catch my eye; one in particular always gets me thinking. 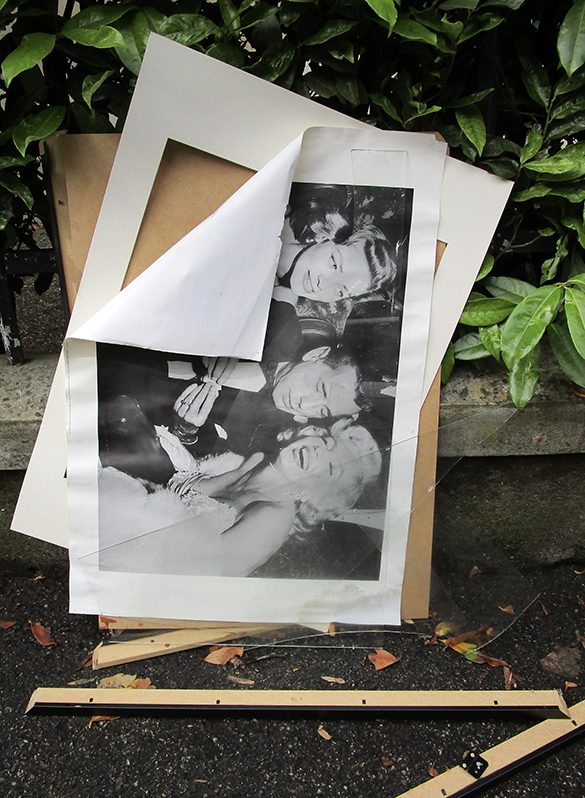 I separate the damp poster from its smashed frame and lay it on the pavement. The photo is at once charming and amusing; it was taken at the premier of “How to marry a millionaire” in 1953. I love the interactive snap-shot-moment of these three stars. 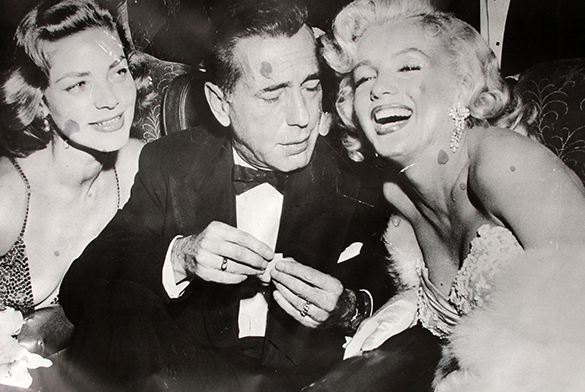 Lauren Bacall seems to be admiring – and tolerating with good humour – her husband, Humphrey Bogart, who is clearly admiring something else. I imagine that he has just wise-cracked something risqué to Marilyn about some juicy titbit that he has eaten and the need to wipe his fingers afterwards. And then of course, there’s Marilyn, the greatest female icon ever, just lapping up all the attention.

Everyone would know that smile. Not everyone would know of her courageous stand and work for women in the male-dominated Hollywood of the day. Few would know that after her death, investigators’ photos of her lying in her bed were published. Worse still, mortuary photos of her awaiting a post-mortem examination were likewise published. I know of no other celebrity whose person has suffered this particular violation of privacy nor been the subject of such a gross breach of medical ethics. I find it sad that such a bright star should die with such indignity.