When I set off on a nine week, ten and a half thousand mile road trip across the American West in March this year I knew of the works of Frederic Remington, Charles Marion Russell and NC Wyeth. They painted and sculpted in bronze the exciting people and times of the American frontier around the end of the 19th century. Also, I thought that ‘Western Art’ only referred to the art of western Europe. In conversations with other Europeans it seems that ‘Western Art’, of which Remington and Russell were the progenitors, is barely appreciated if even recognised in Europe. If you are not familiar with it then may I present it to you? 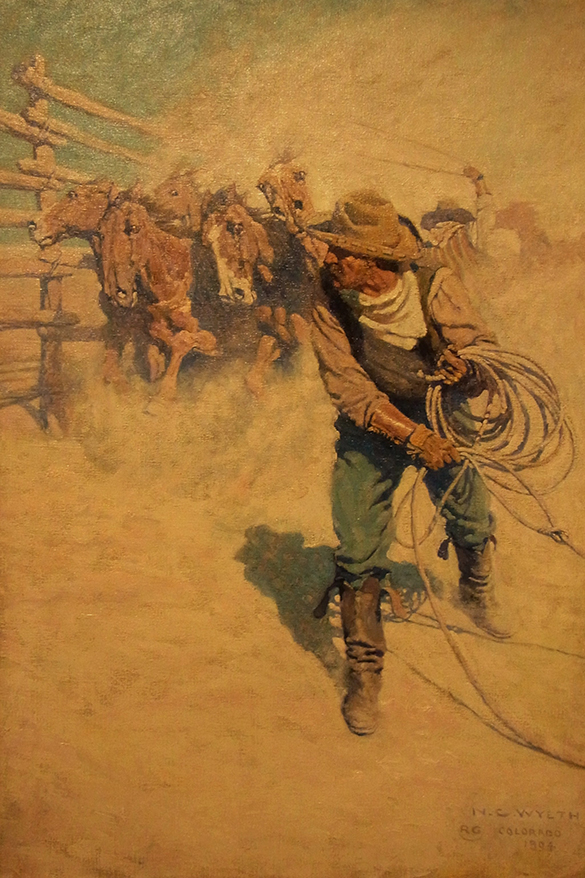 NC Wyeth – one of the biggest names associated with “Western Art.”

Whilst in Santa Fe, New Mexico I recognised that North American ‘Western Art’ is a distinct art genre. Over the rest of my trip I sought out and found a huge amount of it. It astounded me with the technical skills exhibited by its practitioners; skills that, for me, border on the superhuman. It has other qualities too: its sheer beauty, its link to and perpetuation of the culture of The West and the staggering amount of creative people involved. Magazines, galleries and museums are dedicated to it. It is now my favourite art genre; particularly as I have a deep interest in its subject matter and admire realistic paintings of animals. 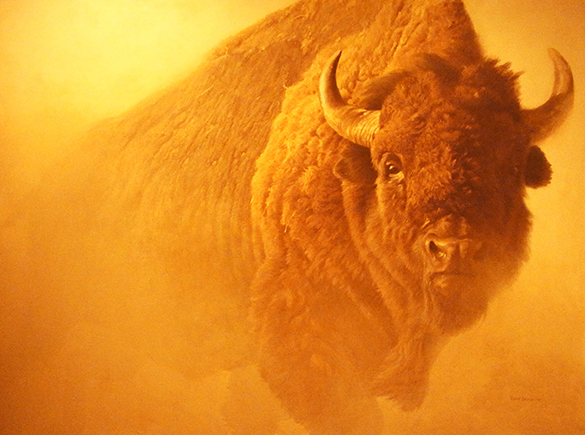 As I became more familiar with ‘Western Art’ I attempted to define the genre. I discussed my definition with museum staff and gallery directors whom I met. Maybe this one sentence  is satisfactory? ‘Western Art’ is the portrayal, in two or three dimensions, of the history, people, landscape and wildlife of the area confined to the western regions of North America, in a highly realistic or realistic impressionist style and is inextricably linked to the culture of the American West. 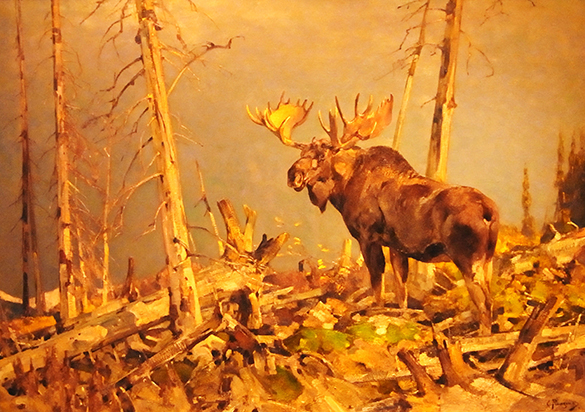 Carl Rungius – Specialising in portraying the big game mammals of North America, Rungius is one of the greatest names in Western Art.

In terms of that culture I particularly liked the way that ‘Western Art’ bronzes were displayed in public places. There was no obvious concern that they might be stolen and were remarkably undamaged. Best of all, they informed the viewer exactly where he or she was both in place and culture – the Great American West! 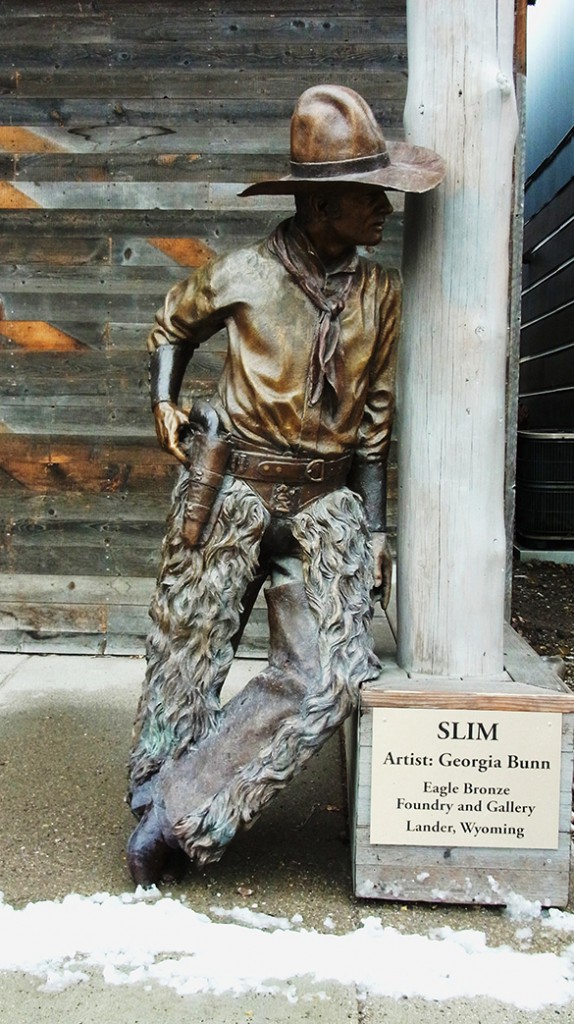 Georgia Bunn – This guy was leaning there, across the street from my motel. Just wonderful!

One gallery director I spoke with said that he first found the genre ‘corny’ until he understood the skill and research put into the works. I felt the same about Country & Western music until I saw and heard it played on its own territory and realised how important it is to the westerner’s sense of identity. ‘Western Art’ proclaims to the world a pride in the American pioneer spirit, an understanding of and sorrow for the wrongs committed against the Native Americans, a deep respect for the wildlife of the region and a confident expression of the fact that there are no landscapes on Earth to surpass that of The West. It is also one of the few serious art genres that entertains an almost comic book style of action with dynamic perspectives as men fight, hooves kick up dust and wild animals butt, gouge, bite and kill. 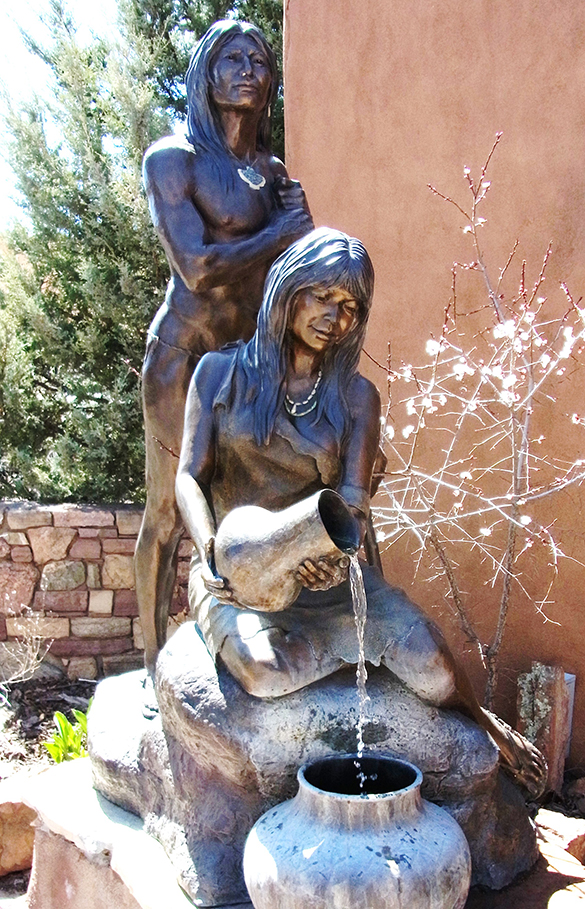 Roadside Bronze, Santa Fe – I did not discover the artist for this portrait of Native Americans.

I am sure that one can find this wonderful art all across America but my own limited experience of venues allows me only to recommend the galleries of Santa Fe, New Mexico and Jackson, Wyoming. In addition, for allowing me to take photographs shown here, I am indebted to the superb Buffalo Bill Center of The West in Cody and The National Museum of Wildlife Art of The United States in Jackson. 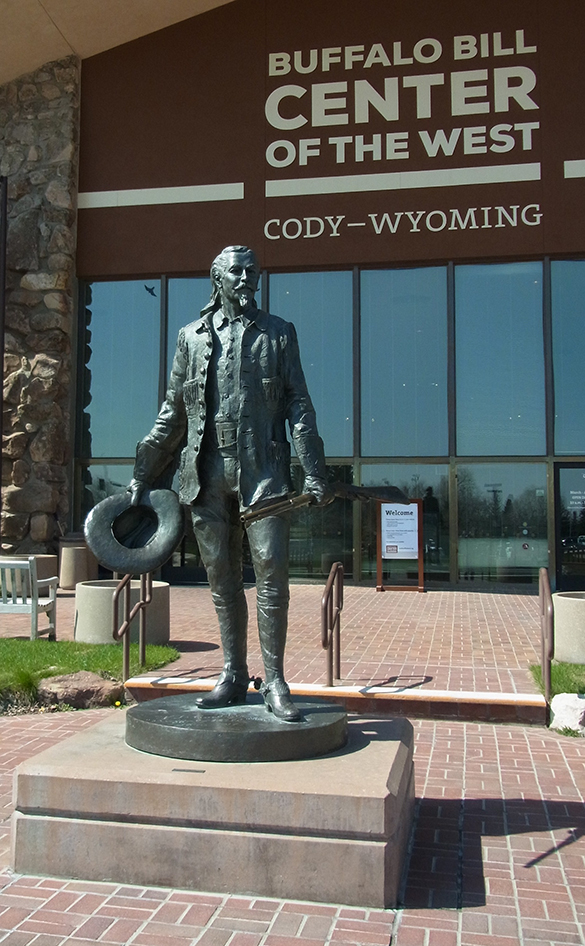 Buffalo Bill Center of The West – 5 museums in one. For me, possibly the best museum I’ve ever visited.

National Museum of Wildlife Art – Based on a Scottish castle it is built into the mountainside. 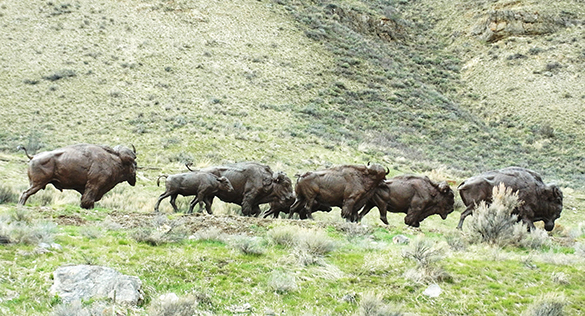 One of the greatest characteristics of ‘Western Art’ is that it polices its own quality. In other words, it has managed to create and maintain the highest, most exacting standards, equal to any found anywhere or at any time in history. It also speaks of the best in the spirit of the American people and is a wonderful and truly American phenomenon.