It is hot July in England. The dusty scent of harvesting and the silent dancing of brown butterflies amongst the tired grass informs my senses of where we are in the universal round. Quiet lanes take me deep into the Norfolk countryside to a place I discovered many years ago and then lost the knowledge of where to find it again. A recent interest in photographing the churches of the County led me back to the small church at Stratton Strawless; lying somewhere in the middle of nowhere. 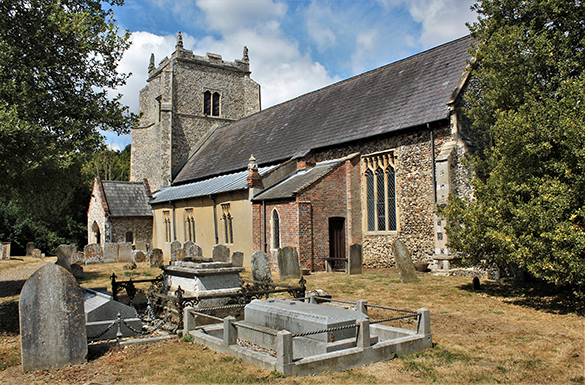 This unexceptional country church holds a true treasure inside its musty, cool interior. Along the southeast wall are two very creepy, tombs….or are they beautiful, poignant memorials to the great landowners of the parish?

The first that you see at the end of an aisle of secondhand books is the memorial to Thomas Marsham who died in 1638. 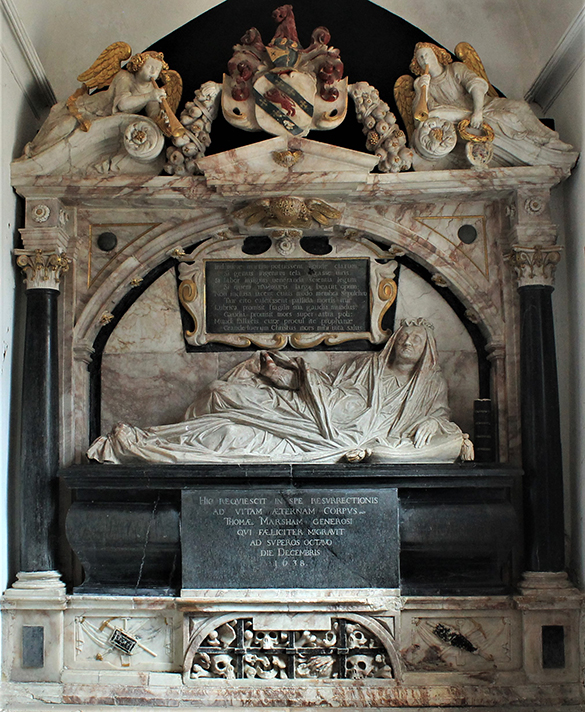 He struggles to rise in his shroud and this, according to my research, is the first time the resurrection was portrayed on a memorial. His high position in the heirarchy of Freemasonry is carved below and a hideous collection of bones and dried hands seemingly press against a grill at the base of the memorial, creating a feeling of claustrophobia as I imagine myself thus imprisoned with the dead.

There are many memorials to the Marshams down the ages in this church but the only one to match that of Thomas is the tomb and memorial to the family of Henry Marsham. I feel instantly and extremely sad as I view the pale family praying to a God whose plan and will Henry presumably accepted as his family was destroyed one by one. 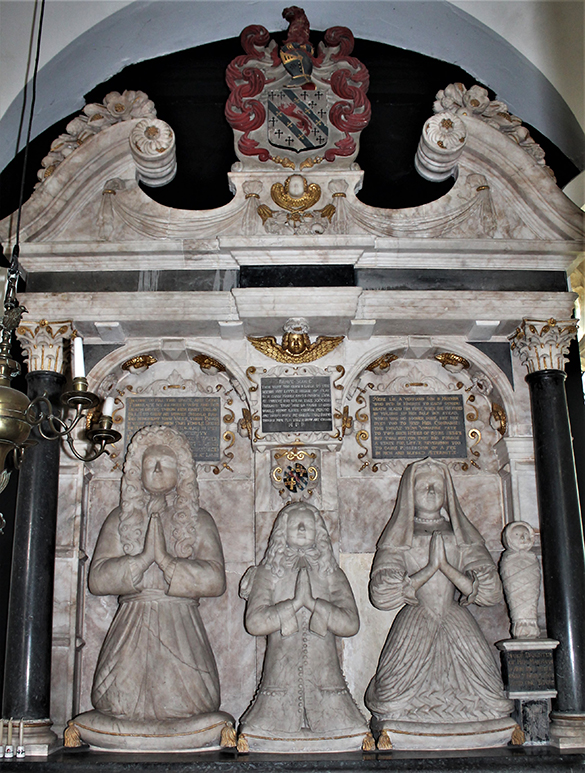 The first of his family to die is Henry’s daughter Margaret at the age of one year. The dead, wrapped child stands like some weird pupa beside her mother. Henry’s wife Anne dies in childbirth with an unborn son in the June of 1678 and his son Henry junior follows at the age of twelve, being taken in the November of the same year. Henry dies in 1692.

I am unable to find out who the creators of these memorials were. Their work is highly skilled and accomplished, rendering in perfect realism the subjects. This I admire greatly and admiration begins to overcome what were feelings of revulsion mixed with fascination and sadness. These works are from an age so different from ours, telling us of their beliefs, their fears and imaginings, their story and perhaps of the requirement to be remembered in a way appropriate to the position they held in society.

The sculpted material is Alabaster, not marble as I had previously supposed. Alabaster is softer and easier to carve. It has a beautiful transluscency unlike marble but can be very carefully heated in boiling water to reduce this quality to produce a fake marble called Marmo di Castellino. Alabaster is porous and can be easily dyed to give it a more marble-like appearance, such as we see with these memorials. The memorials were restored in 2007 after the iron supports had rusted away and threatened to break up the Alabaster.

To the amateur historian and geneaologist of England’s past the Marsham memorials are a treasure. The necessity for great artistry to be used in order that the memorials were spectacular and would be beautiful to behold in ages to come means that they are undoubtedly works of art and ‘beautiful stuff’. However, one should never forget that within them lie what remains of people who lived and so can properly be used as a focus for a one-way communication with them. Is that not the true purpose of a memorial?

The sculpted skulls and bones on the Thomas Marsham memorial 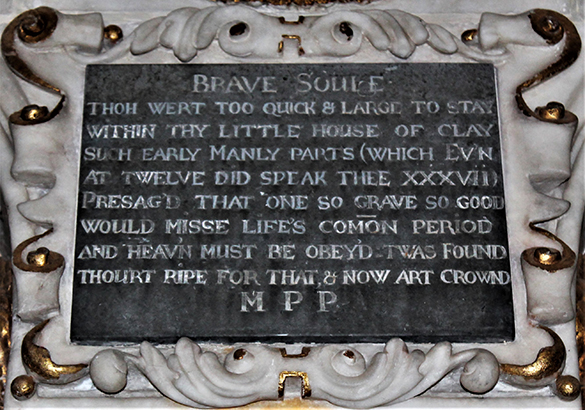 2 thoughts on “Death and Alabaster”