Antipersonnel mines became a major issue for international public concern in the mid-1990s. As a TV cameraman, Roger Bunting made award-winning documentaries about the horrific impact of these weapons in Afghanistan and Angola. His most highly acclaimed film, made for the International Committee of the Red Cross, is an instructional film for surgeons about mine injuries. It is both brilliant and sickening. 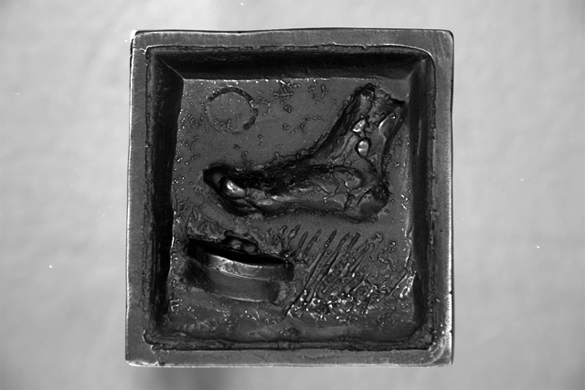 On retirement, Roger decided to study fine arts. A first class honours degree was inevitable. One of his 2005 classroom works was a 7cm x 7cm caste bronze medal: “Every twenty minutes.” It became part of a Europe-wide touring exhibition of medal design. The appeal of the piece lies in its inherent paradox: the beautiful representation of the unknowing split second before the awful detonation. 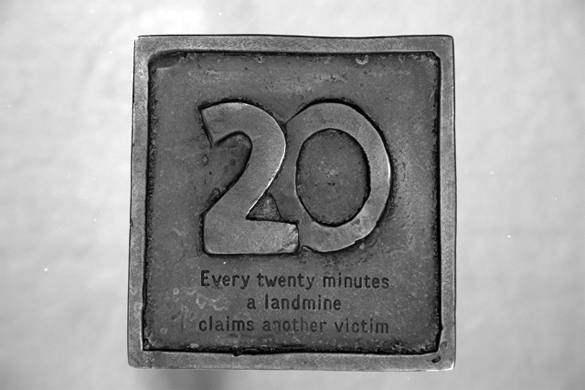 To pick up the medal is to feel a smooth, pleasing, bronzy weightiness. To inspect it and to turn it over in the palm of your hand is to confront a terrible reality.

The cover of a New Zealand hunting manual published in the 1990s has a photo of an adolescent Anna King. With rifle in hand and flaming red hair she poses near her trophy beast. A decade on, she meets her unshaven prince-in-camouflage. She embarks on jewellery-making wanting to combine ornament with a fervent love of things natural. Her self-designed silver brooch is the only output before family life takes over. It is a work suffused with love. 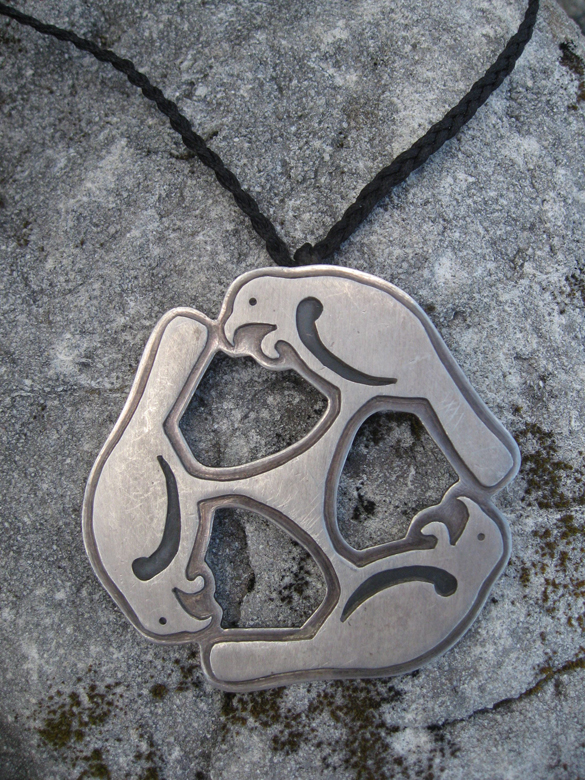 The Tui is New Zealand’s second iconic bird. Its plumage is metallic blue-green. Its white feathery throat bobs characteristically as it chimes and cackles. The circular Tui triad of Anna’s brooch is completely balanced. It speaks to nature’s great cycle and whispers celtic silver. (A link to the red hair?) This is beauty.

When I first meet her, she is wearing the brooch at her throat. Surprised by my magpie-like interest in things beautiful, she tells me of its provenance. I ask what else she has made. “Nothing really” she replies. Her young son watches her prepare for the next hunt. “Got to feed the family” she says.