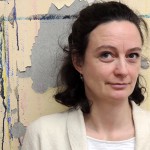 I have encountered her work in the past, I have even bought one of her paintings. So I arrange to meet Miriam Kerchenbaum to talk about her exhibition next week in Carouge at Galerie Marianne Brand.  I cannot escape a glimmer of apprehension. Do her other-world images represent her character? I meet her in her studio and am happy to report that she is calm, charming and articulate. Her discourse is reassuringly at odds with the subject matter of her work. She recounts with total objectivity her eclectic influences ranging from Giotto to the Simpsons via Hieronymous Bosch, art brut and Paul Klee. She attributes her fertile imagination to her parents; her father was a painter and her mother, a biologist. 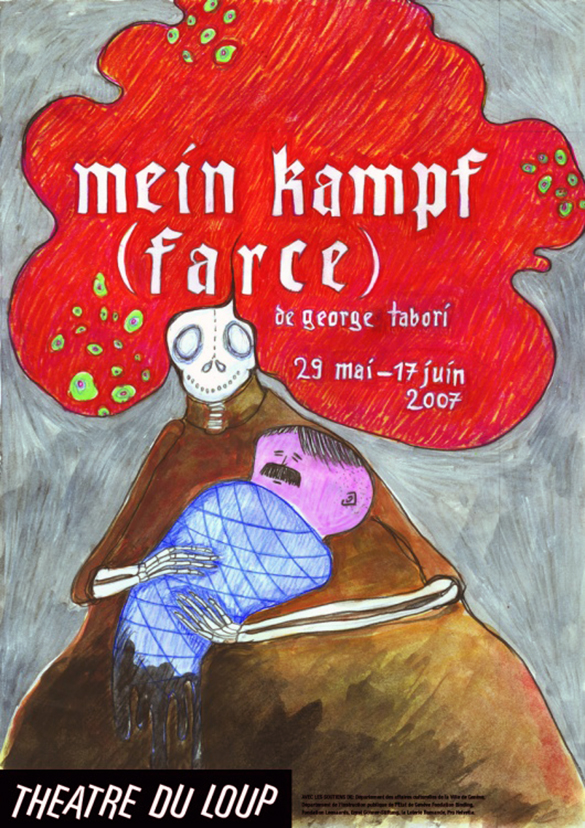 Miriam studied fine arts in the 1990s. Now, she divides her time between her studio and acquiring stage props for Geneva’s bijou theatre culture. No surprise then that she is solicited to produce posters and flyers for a wide variety of theatrical productions. She acknowledges with modesty that her unusual work is immediately recognisable and has won her wide acclaim. The high point of her creative career, she tells me, is when she first saw one of her posters on the side of a Geneva tram.

Miriam’s reputation has won her an invitation from Drozophile publications  to illustrate a book of her choice. There is something inevitable about the publication she chose: Evgeny Schwartz’s “The Dragon.” She exhibits these illustrations at Galerie Marianne Brand from 6 to 10 March.

The Dragon tells the story of a Soviet-era Lancelot who sets out to slay the dragon: a soul-destroying Stalinesque figure. The dragon, of course, is only the figurehead of a brutal and all-powerful bureaucratic hierarchy. Meet the dragon in his childhood! 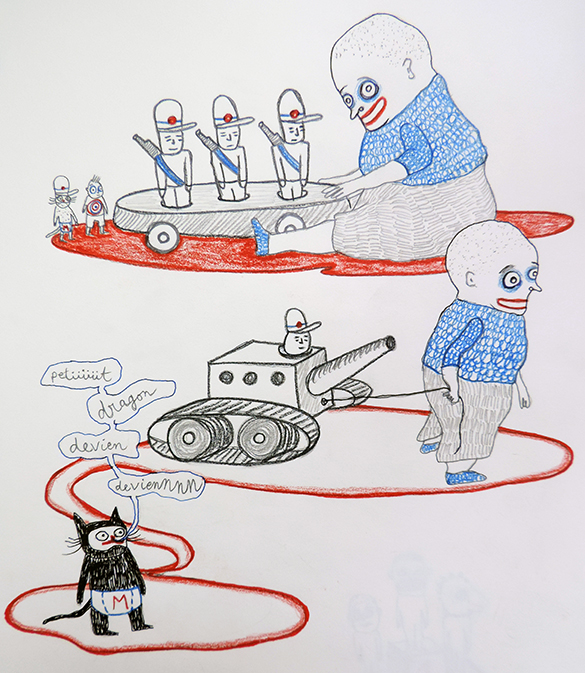 The adult dragon-in-power has perfected his forced smile and the means to drain people’s souls. 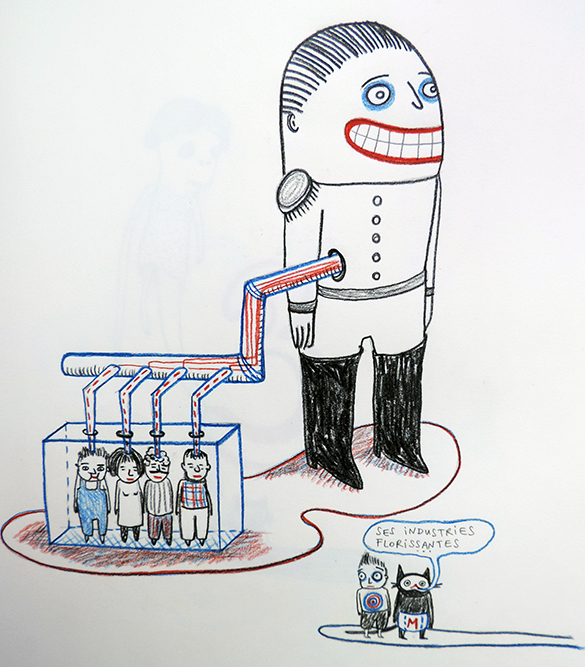 Miriam’s work is difficult to describe. Resist the temptation to refer to it as childish. It evokes words like absurd, grotesque, humourous, visceral, imaginative and intriguing. Whatever, all her work is carefully composed and beautifully executed. The apparent naivity of her technique is often enhanced by her materials. Many of her paintings are on brown paper stitched along the edges or on graph paper. I find them compelling and mesmerising because they are intensely narrative. I am drawn into their stories. If a critic, richly endowed with artspeak, were to point out that Miriam Kerchenbaum “lays bare the essence of the human condition,” I wonder if, for once, these well-worn words might just be appropriate.

“Utopique Airlines” is a showpiece for Miriam’s technical abilities. 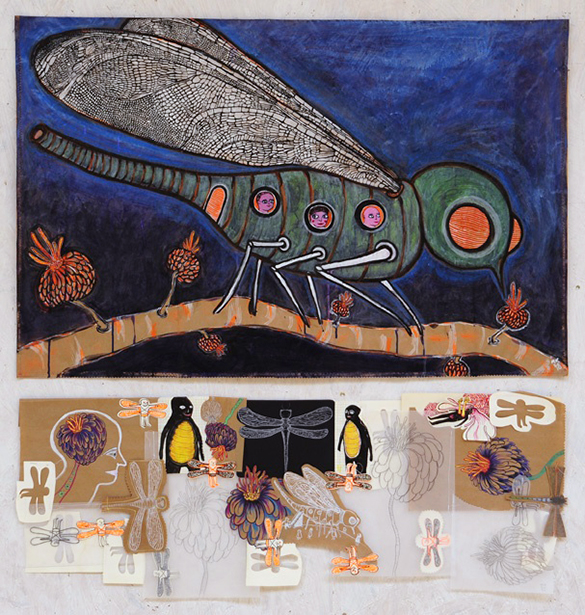 When I first saw “Seduction,” I burst out laughing. This is why I bought it. Who is being seduced? What is on the menu? Don’t you love the little serrated edges on the knives? Delicious and vicious! Is this about gluttony? 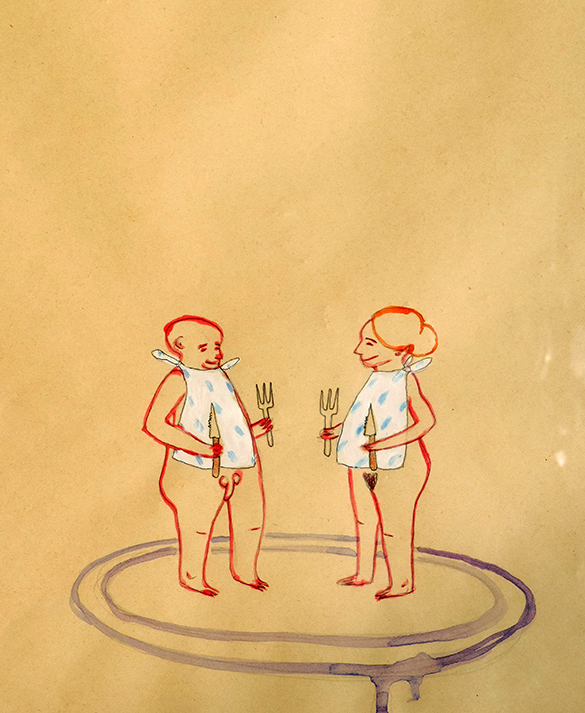 If you can make it to the opening vernissage of Miriam’s exhibition at Galerie Marianne Brand on 6 March, you might get to meet her …. and the dragon. Don’t be afraid!