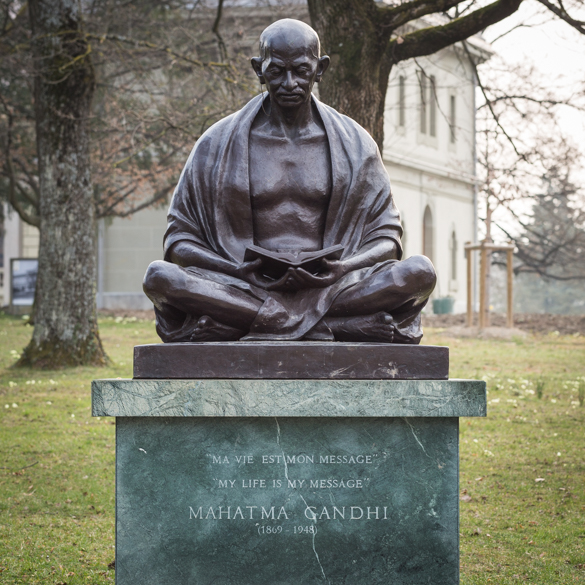 We were surprised by the Ariana Museum not long ago. If you are strolling in the Ariana park, take a minute in the company of Gautam Pal‘s statue of Mahatma Gandhi that was unveiled in November 2007 to commemorate the 60th anniversary of Indo-Swiss friendship. This must be one of the most beautiful public sculptures in Geneva. Stand close and look up at the face; you cannot but help pick up on the vibes of peace and serenity. How can a man like this die a violent death?