Today is Star Wars Day – May the 4th be with you! – and I thought it would be timely to share one of my favourite fan projects: Vesa Lehtimäki’s Star Wars photos. 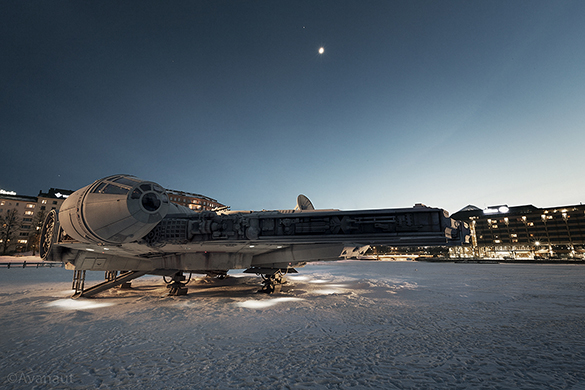 The Millennium Falcon on sea ice next to Kruununhaka, Helsinki. March 2013. Source: Flickr

Looking at this photo makes my jaw drop. Is it the real deal – did the Millenium Falcon actually land in Helsinki? Would love to hop on for a space jump to Mos Eisley! 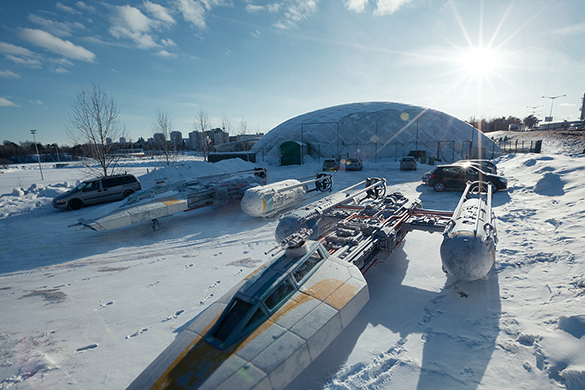 The Y-wing pilots, where do they get their licences? Really! I mean just look at this, you can’t really get in or out of that parking lot in a car with those Y-wings parked like that. It’s been like this after the destruction of the second Death Star. Sunday drivers… Yeah, it’s a nuisance! Source: Flickr

Internet tells me that Lehtimäki, a Finnish illustrator and designer, borrowed his son’s toys, placed them in real-life situation and did some clever photoshopping. I can only imagine the time and effort that went into making these unbelievable scenes believable. Hats off! 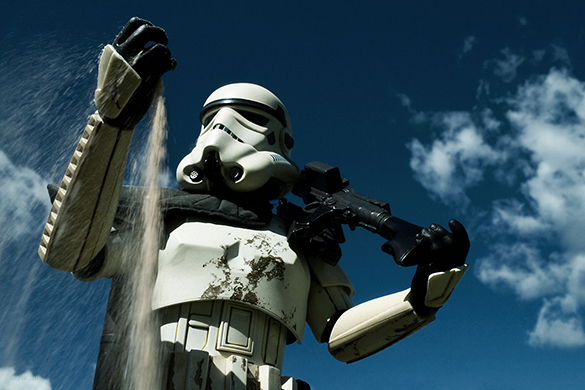 A snowtrooper isn’t happy without snow. A lot of snow! Source: Flickr

Don’t forget to check out Lehtimäki’s Flickr for some more fabulous shots, tell us what you think. May the force be with you on May the 4th!