I am early for a lunch meeting at the Ariana Museum. I take a seat in the discrete little restaurant. The tables are as yet empty. There is a display of large china dishes and vases. Not so surprising given this museum’s standing in the world of ceramics and glassware. 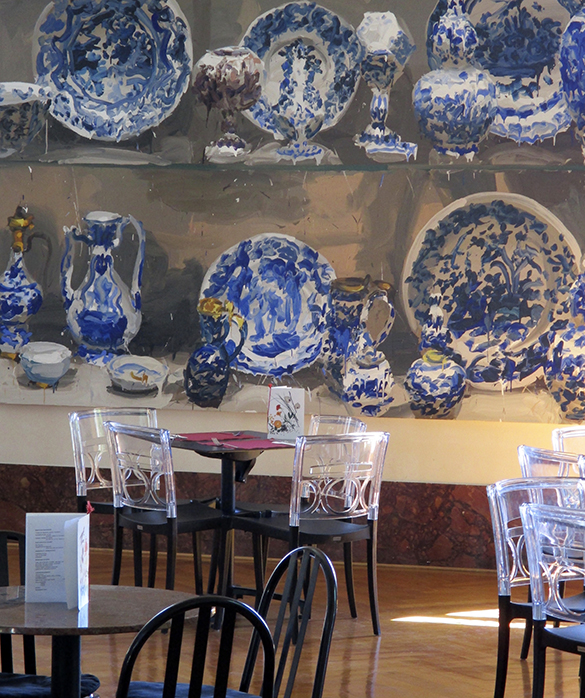 Then a double-take. This is not a display case. It’s a painting! I approach Jan De Vliegher‘s “China Blue V&A” in awe. The realism is extraordinary. 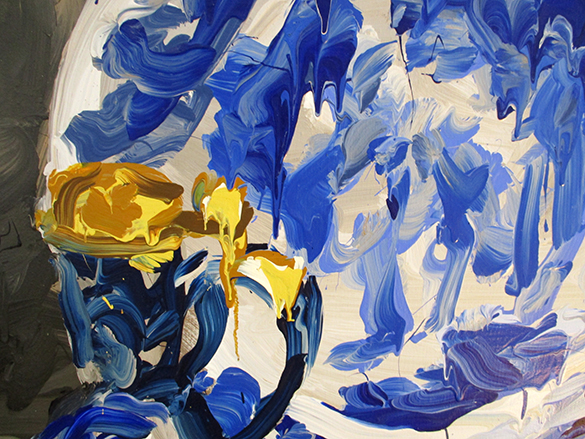 More extraordinary still is that the tones, perspective and depth of field have been produced by a combination of the boldest of brush strokes, splashes and drips; a technique rarely associated with, let alone accomplishing, realism. I can’t draw my eyes away from this painting. This is master-class beautiful stuff. 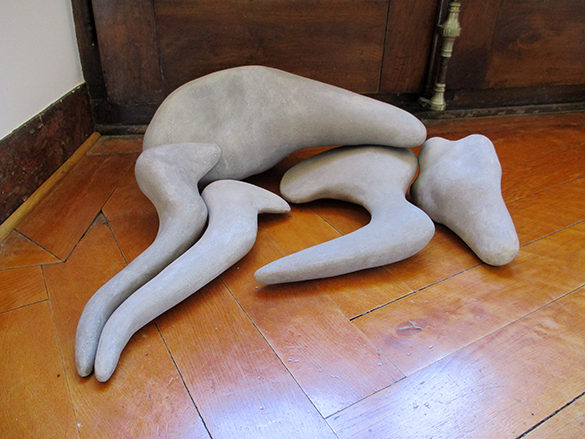 After lunch, I look around the rest of the museum. In a corner by a door I stumble upon something recognisably from the studio of Paul March. Five smooth ceramic forms are arranged in the pose of a sleeping dog. I want to pick up each part and heft it in my hand. The whole is pleasing. Although caught between abstraction and canine imagary, the piece captures the awkwardness of man’s best friend lying on a hard floor. The title is “In Pulverum Speramus.” My schoolboy latin tells me this reads something like “We hope in the dust.” (Perhaps Paul will tell us the “why” of this title?) His work has a way of finding corners in the Ariana. Remember his spider?

Nice day! Lunch with surprises! But then the Ariana has a way of serving up surprises.

2 thoughts on “Lunch at the Ariana”