I first see it on Facebook. Then it is featured as Editor’s choice for 500px. A remarkable photo. Here it is…… Isaac Griberg’s “Vortex” 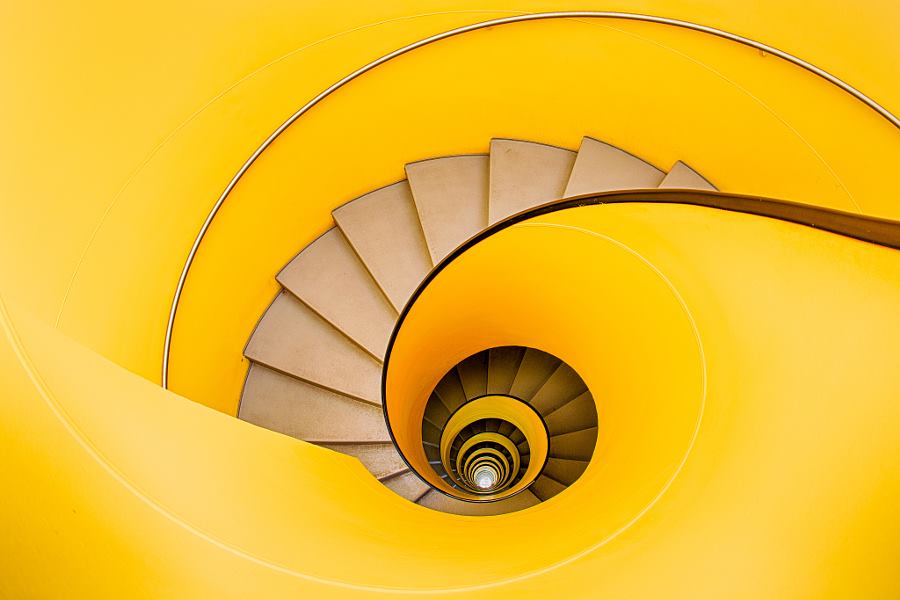 This photograph is perfectly composed. It is clean. It is full of intrigue whilst being intensely mathematical. Although I know it is a staircase in a carpark, it could be an engineer’s view of some massive turbine built to move lakefuls of water through those huge Swiss mountains. It generates a feeling that I will get sucked in to a tumbling whirling nightmare. It also oozes fractal forms from the natural world. Am I inside the shell of a mega-mollusc with each step representing a another slow year of life?

And I love its yellowness. Bravo, Isaac!