I have a rendez-vous at the MB&F M.A.D. Gallery in Geneva’s old town. It is easier to get there by bicycle than by any other means. It is another sweltering day. My shirt sticks to my back as I push open the plush doors. It is cool inside. Very cool! 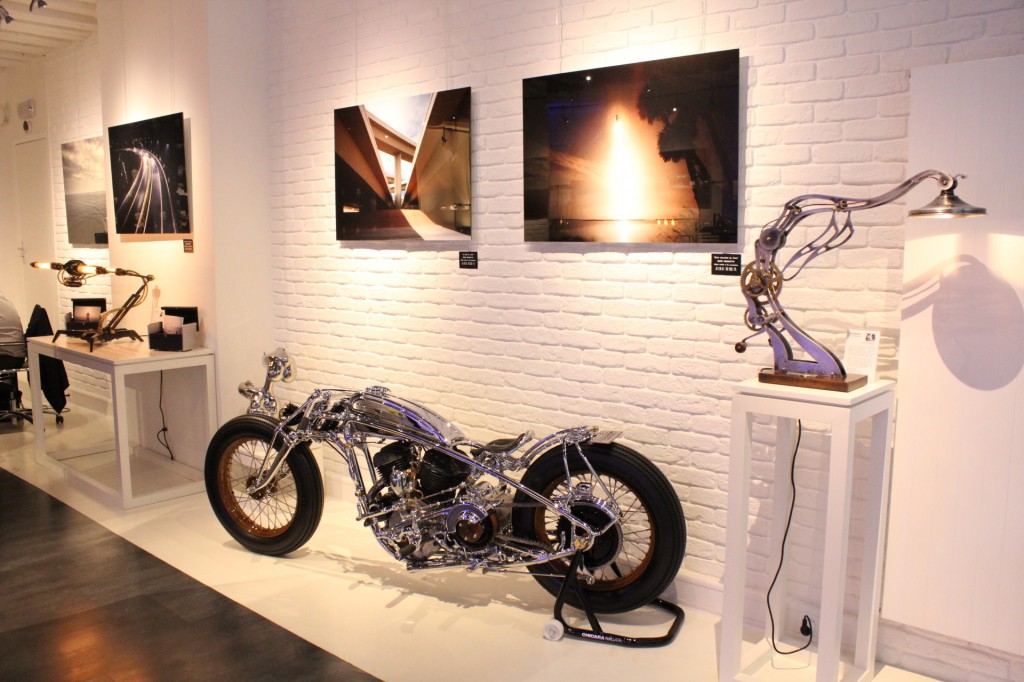 Eléonor is responsible for the gallery’s public relations. She fits the bill. She welcomes me. I ask her about the history of this super-chic Aladdin’s cave. She opens by asking me if I am familiar with Geneva’s watch-making community. I am not expecting this. Images of glossy adverts at the airport flash through my mind. I pull at my left sleeve to hide what I wear on my wrist. Before I can muster any kind of answer, she begins the story of a think-outside-the-box watch-maker with a passion for mechanical beauty. 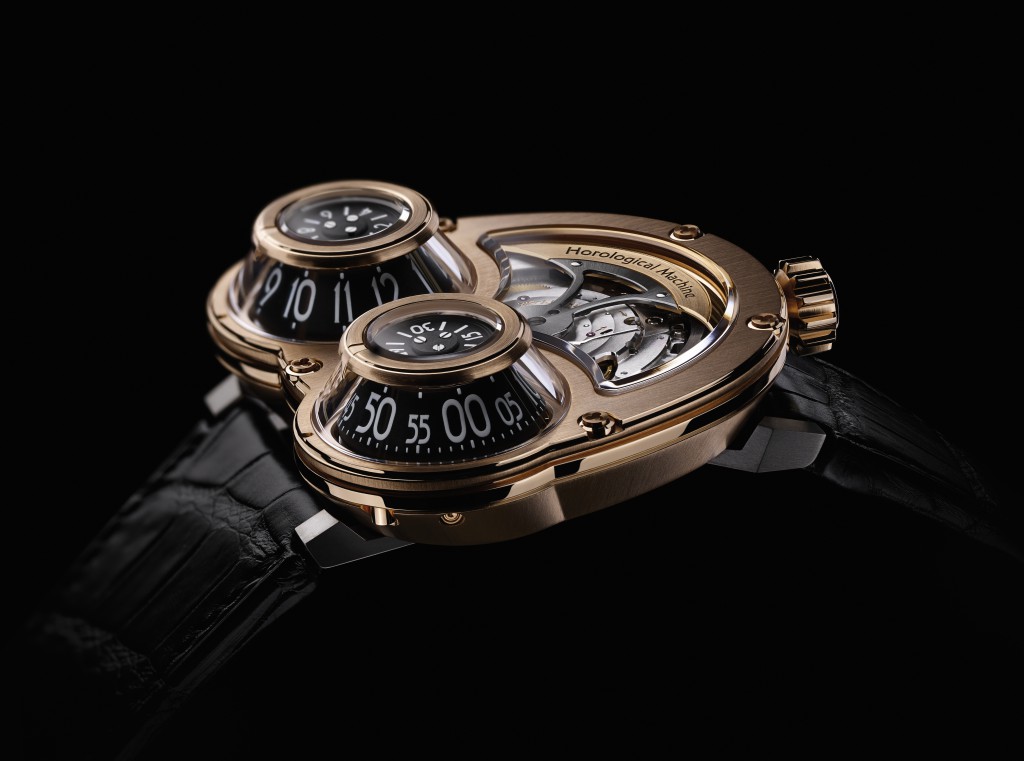 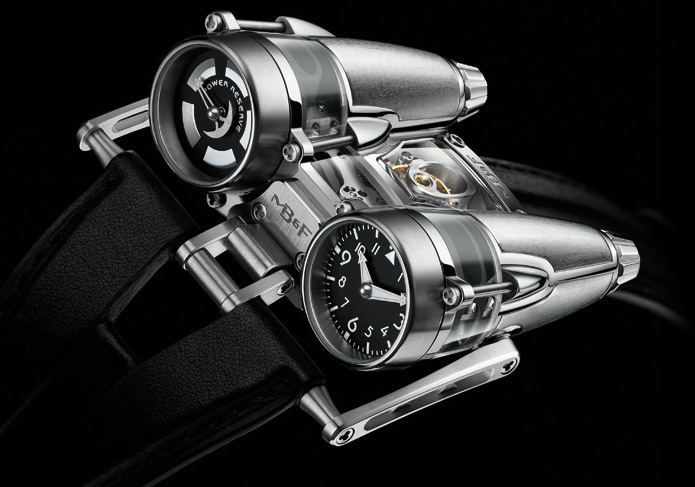 As a child, Maximillian Büsser dreamt of fantastic mechanical things. Leaving the University of Lausanne in 1991 with a Masters Degree in Micro-Technology Engineering he found employment with Jaeger-LeCoultre. In 1998, he became Managing Director of – and transformed – Harry Winston Rare Timepieces. He set up his own company in 2005 to give full vent to his own creative energies. Even though he runs against the grain of conventional watch design, his imaginative approach has won him the Grand Prix d’Horlogerie de Genève.

The MB&F M.A.D. Gallery opened in 2011. It is the showcase for Maximillian Büsser’s “horological machines” and a tribute to Friends (MB&F!) who have helped him along his stellar career path. At the same time, it is a shrine to “Mechanical Art Devices” designed and made by kindred spirits all over the world.

To visit the MB&F M.A.D. Gallery is to be captivated by so much mechanical beauty. But my visit makes for a contrast of feelings. I am drawn to these objects. I want to wear one of these watches for a day. I want to handle the chrome, glass, levers, wheels, cables, nuts and bolts of the other devices. If they have switches, I want to switch them on. I would love just to sit on Chicara Nagata’s motorcycle. At the same time, the aesthetic appeal is so strong that I refrain from touching them; they are too precious. So, I simply stand and enjoy looking at them. Join me!

This is “Type 5”: one of the “Machine Lights” by Frank Buchwald. 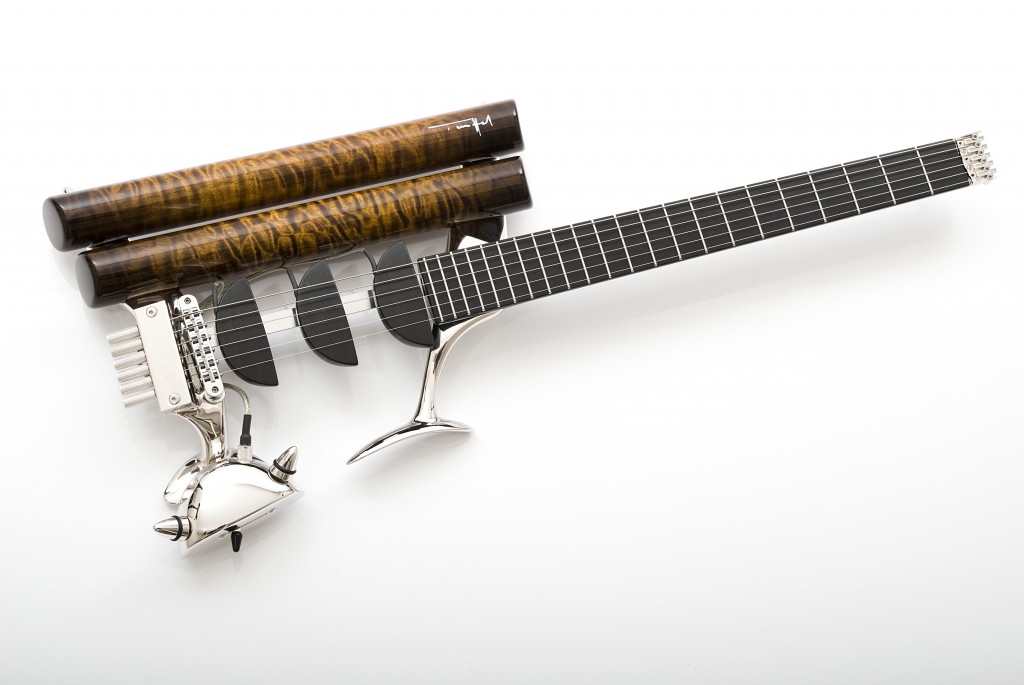 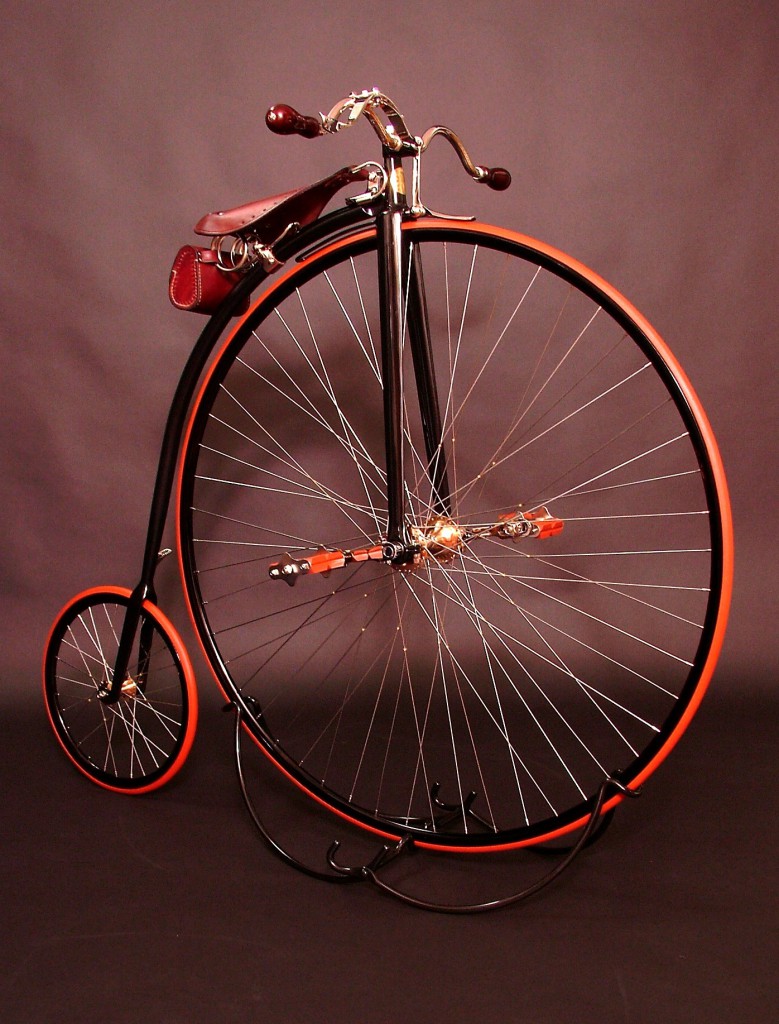 This penny-farthing bicycle, based on traditional designs of the 19th century, was hand-crafted by Zdenek Mesicek.

As I am leaving, Eléonor assures me she is willing to answer any questions I might have. Dare I ask, in jest, if I can take the penny-farthing for a quick tour around the narrow streets? Maybe not! Not so cool!

All photographs in this post are reproduced with thanks to MB&F M.A.D. Gallery.